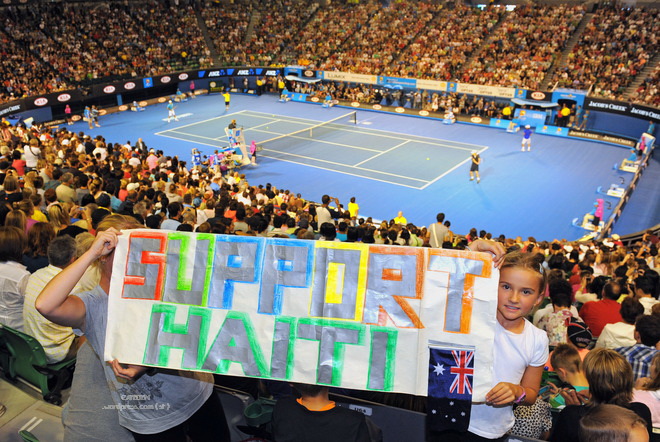 Tennis supporters wave a placard during a charity tennis exhibition organised by Swiss tennis player Roger Federer for the victims of the Haiti earthquake, a day before the start of the Australian Open tennis tournament in Melbourne on January 17, 2010. At least 50,000 people have been killed and 1.5 million left homeless in the Caribbean nation and Federer said he wanted to do something to help. The Australian Open will take place on January 18-31. AFP PHOTO / WILLIAM WEST (Photo credit should read WILLIAM WEST/AFP/Getty Images)